by Louis P. Burns aka Lugh
After some discussion about it over on Facebook this forum has been set up by Lugh to assist Jason Doghouse (former frontman of Sicknote) with promotion of a compilation album produced by his friends to raise some money to buy him new equipment following a robbery a while back.

The album is called The Karma Of Jason "Doghouse" Sicknote - benefit album and features 8 superb tracks by many of the UK's leading Dub artists and producers. You can buy a copy of the entire album or download individual tracks from it if you click on the image below. I bought the album recently and I love it. I also know that by supporting Doghouse in this way I am assisting other emerging talents worldwide because he has consistently plugged and promoted everyone he has worked with over the years. Anyway, that's enough ou'ld chat outta me. Click the image below, follow the bandcamp.com instructions for downloading and making payments. Then kick back and chill out safe in the knowledge that you have just done an exceedingly groovy thing. You know it makes sense 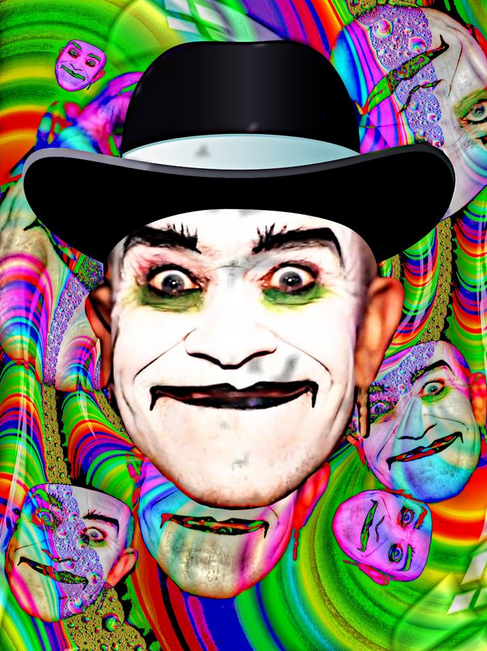 Performance and Recording Artist's public Facebook profile :Jason Doghouse Sicknote. The illustration in this page is by Barry Burford and has been reproduced here on Sensitize © with his very kind permission.

Re: The Karma Of Jason "Doghouse" Sicknote - benefit album .

by Doghouse
Thanks Lugh... Your help, as well as the efforts of the contributors to the album, are much appreciated.

I think you will agree when I say, what an amazing collection of music... I have been overwhelmed with support and help, since all my equipment was stolen... and with gratitude in my heart.I can say that I am almost back in business, having replaced my MacBook with a refurbished, secondhand model, and my audio interface with a similar model on Ebay... I only have to replace my microphone and headphones and I will be fully functional as a recording artist once more.

MASSIVE THANKS ONCE AGAIN TO ALL THE ARTISTS WHO CONTRIBUTED TO THE ALBUM AND TO ALL THE PEOPLE WHO HAVE CONTRIBUTED THEIR HARD EARNED CASH.!!! THANK YOU.!!!
All times are UTC+01:00
Page 1 of 1
Powered by phpBB® Forum Software © phpBB Limited
https://www.phpbb.com/